Politically Correct: The Impact of Social Media in the 2012 Presidential Contest 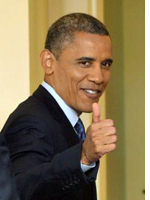 How did President Obama win reelection? In a recent New York Times OpEd – a must-read for marketeers of any political stripe – Richard Parker credits the Obama campaign’s brilliant, game-changing use of social media. Highlights:

“Yes, demographics helped Obama beat [Mitt Romney]. But so did the changing landscape of media consumption. The very groups — young women, Hispanics, African Americans, Asian-Americans — that made the difference are among the fastest adopters of social and mobile media."

•  The 50.5 million Hispanics in the country have higher rates of mobile and social media than Anglos. African Americans and Hispanics have adopted Twitter at faster rates than whites or Anglos.

•  More than three in five women who are of African American, Hispanic or Asian-American had a smartphone in 2011, compared to just one in three white women, according to Nielson.

• Fewer than one in five adults under 30 watch cable television news, while over half of people over 65 do, says Pew Research.

“Generally speaking, social media has not proven itself able to change someone’s mind as much as it is capable of putting together communities of like-minded people. We don’t know the correlation of 'liking,' say, on Facebook with voting behavior. But putting people together who are like-minded allows them to take other actions: to reach out to more friends online or to join old-school telephone drives and events and also to take more committed actions, like raising money. Obama raised $147 million from small donors who chipped in $200 or less, nearly three-and-a-half-times as much as Romney.”

“In 2008, much of the after-action analysis of social media was of the “gee-whiz” variety — Obama outperformed McCain in this new medium! — yet the precise effect was not exactly clear, other than that it helped win over younger voters.

“But the Obama effort in 2008 built more than buzz; it created conversions, according to academic research performed by Jennifer Aker, a business professor at Stanford, along with researcher Victoria Chang. The campaign built 5 million supporters on social networks, had 2.5 million followers on Facebook, and 50 million viewers watched 14 million hours of video on YouTube, which was then pretty new. This translated into huge offline results: 230,000 events and $639 million raised from 3 million donors. On Election Day, every supporter with a mobile phone number the Obama campaign had in its database got three text message reminders to vote. Obama won by more than 8 million votes.”

• An exhaustive study of Obama’s social media in 2012 has not yet been conducted, but the initial reporting indicates a similar performance. The president’s team, with the head-start of a huge database of supporters, just out-muscled Romney’s campaign. By September 2012, Obama’s Facebook page had 1.2 million likes — while Romney’s had just half as much,

• While Obama lost a few points off his overall 2008 white vote, he still swamped Romney among all people under 30 in 2012, the first and fastest adopters of social media, by 5 million votes (even though fewer younger voters turned out than in 2008).

Richard Parker is president of Parker Research in Austin, Tex. His commentary is syndicated by McClatchy-Tribune. 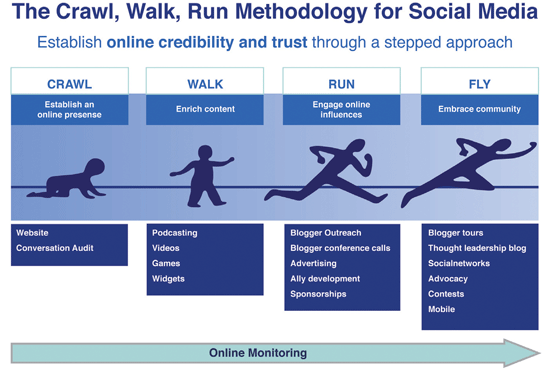